Klahn and Venus are doubles champions 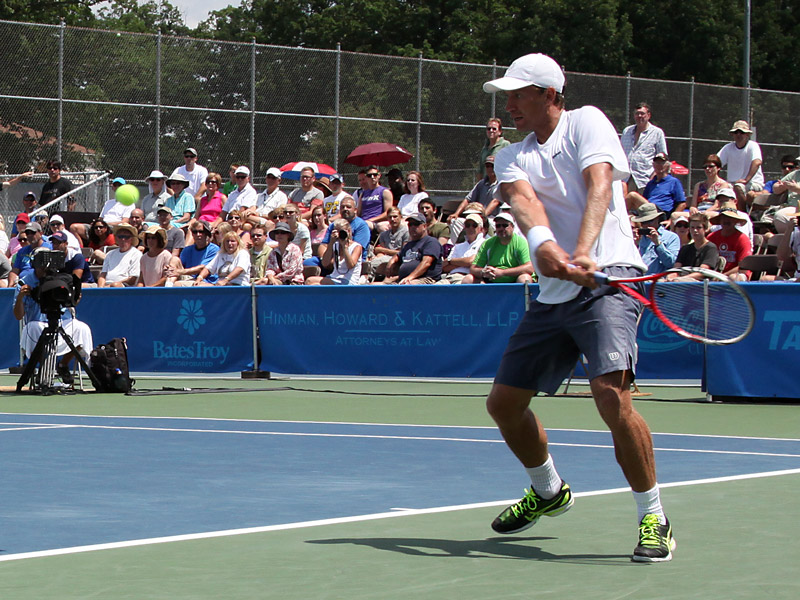 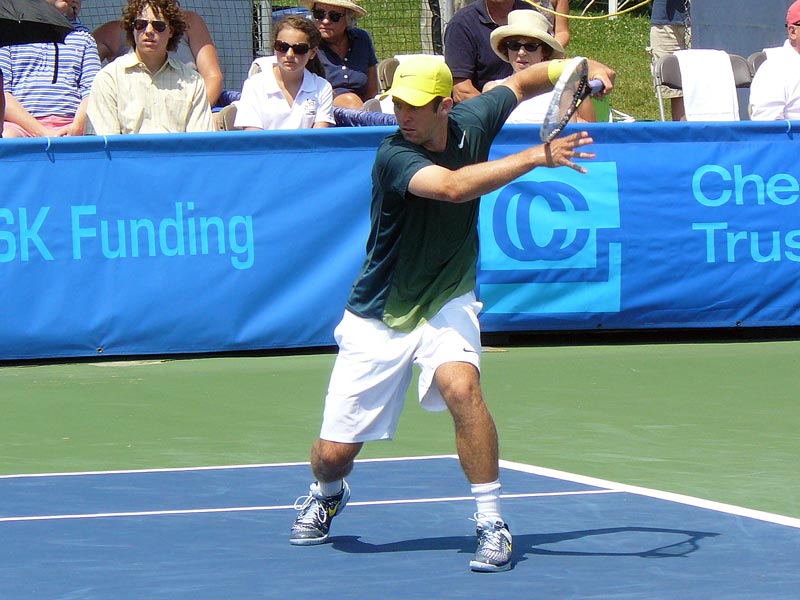 Right from the start, both players knew they were in for a battle on Sunday afternoon as a big crowd looked on at Recreation Park. In the opening game of the first set, each Kuznetsov and Klahn exchanged lengthy rallies, resulting in a game that lasted nearly 10 minutes and had six deuce points. Klahn, 22, was able to hold serve as he took the early 1-0 advantage.

Both players took care of their serve early on, leaving the score knotted at four games apiece. A pair of double faults from Klahn enabled Kuznetsov to break the set open as he took the ninth game and later won his service point thanks to an ace and a pair of forehand winners. 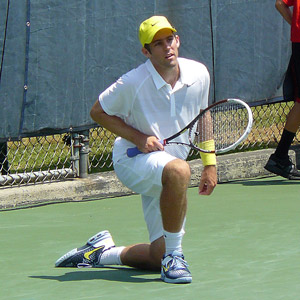 Much like the first set, the second set was highly competitive. Klahn opened things up by winning the first game, but Kuznetsov was quick in his response, following up with a service point of his own. With the score at 3-3, Klahn scrapped his way back after falling behind 30-40 to hold serve. The Poway, California native managed to break Kuznetsov in the ensuing game and wrapped up the set with an ace to force a third set.

In the third, each player won their first two service points. Kuznetsov was excellent in the fifth game, hitting a beautiful drop shot early in the stanza. The 26-year old challenged at the net later in the game, hitting a crafty shot that skipped past Klahn for the point and the 3-2 lead. Once again, Kuznetsov managed to break Klahn’s serve, in great part to his play at the net as he jumped ahead 4-2. Now with the score at 5-3, Kuznetsov quickly took a 40-0 lead on a powerful overhand volley. At match point, the 157th ranked player forced Klahn to an error and secured the victory at 6-3. 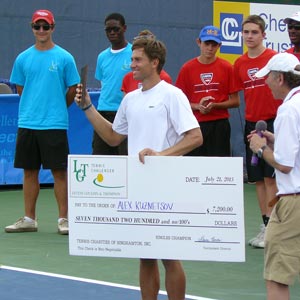 The match lasted just over two hours and featured 11 aces between the two men. Kuznetsov won 42 return points on the afternoon, compared to just 19 from Klahn.

The nine-year pro, who originally was born in Ukraine, wins $7,200 in prize money for his singles crown. He also takes the early points lead over runner-up Bradley Klahn in the race to see who will get a wildcard into the 2013 US Open. Players will head to Lexington, Kentucky next as they begin the second leg in a four-part series. 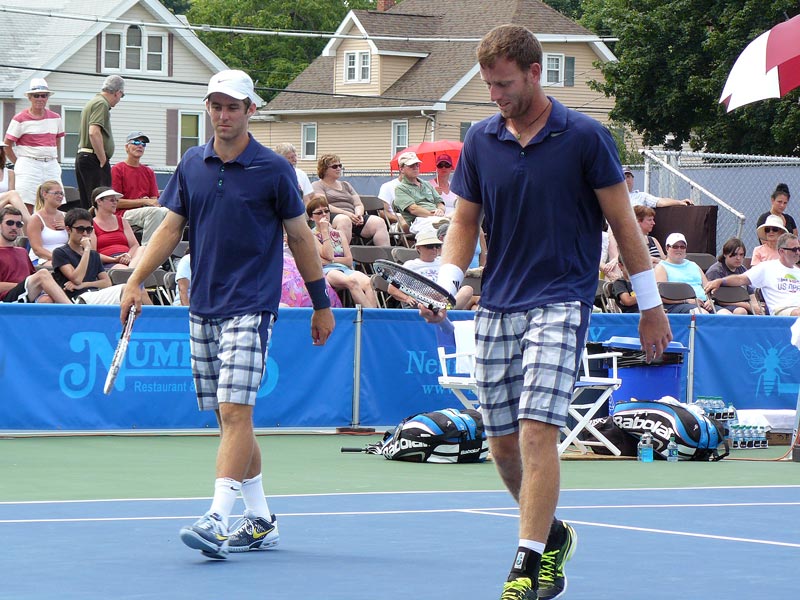 After a brief cool down period, Bradley Klahn was back out on the court, this time with doubles partner Michael Venus. The pair constructed a straight set win, 6-3, 6-4 over top seeded John-Patrick Smith and Adam Feeny of Australia. This marks the second doubles crown the two have won, going a perfect 8-0 in USTA events together.