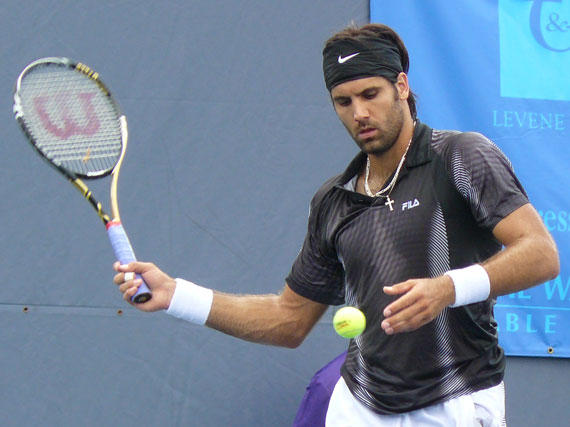 In the first singles semifinal of the day, qualifier Fritz Wolmarans (RSA) defeated Adrien Bossel (SUI) 6-4, 7-5. Wolmarans went up a break early in the first set when he broke Bossel serving at 1-1. Both held serve the remainder of the set, giving the first set to Wolmarans 6-4. In the second set, there were no service breaks until Wolmarans broke Bossel, who was serving at 5-6 to take the set into a tiebreak, for the second time in the match, to take the set 7-5 and secure the win and a spot in the tomorrow’s final. 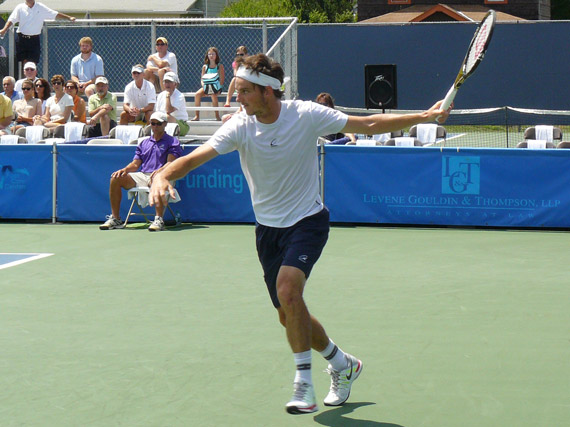 Wolmarans has played for the South African Davis Cup team and is currently ranked 510 in the world. In October 2011 he reached his best ATP ranking of 198. He has reached 2 Futures semi-finals this year, and captured 1 Challenger level event win in 2011. 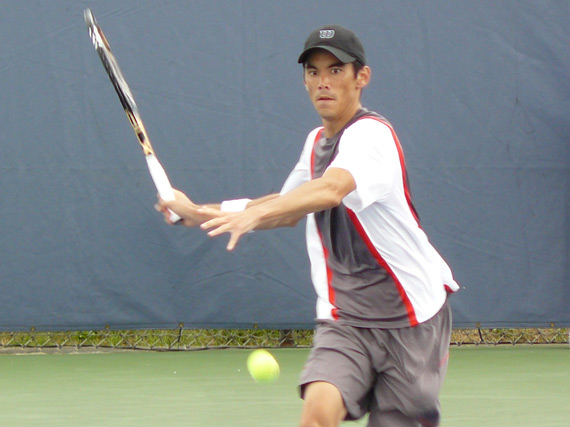 Yani broke the serve of King-Turner in the first game of the second set, and that was all he needed, as both players held serve the rest of the way to give Yani the second set 6-4.

Michael Yani (USA), the former Duke Blue Devil, was born in Singapore and currently resides in Durham, North Carolina. In 4 years as a Duke University Blue Devil, he accumulated a singles record of 81-27, and in 2003 was named the ACC men’s tennis player of the week. He is currently ranked 261, with a career best rank of 143 (March 2010). His career highlights include having won a qualifier spot for the US Open twice (2009, 2011) and for Wimbledon (2009). In 2011 he reached the semi-final of the Newport RI ATP event. 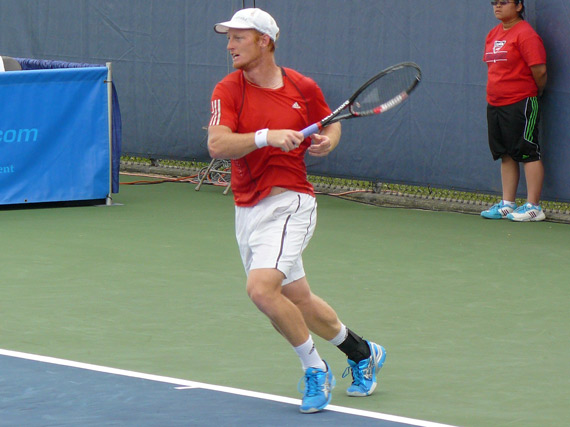 King-Turner has played mainly on the Futures circuit, but did reach the quarter-finals of the Kaohsiung, Japan Challenger event this year.

The Israeli doubles team of Dudi Sela and Harel Srugo defeated the American team of Shaun Bernstein and Evan King 7-6(5), 7-5.

Sela, 27, has been on the Israeli Davis Cup team since 2005, being used strictly as a singles player, and has accumulated an overall record of 16-12.player. He was the top seeded singles player at the LG&T this year, losing his first round match to American Rhyne Williams.

Srugo, 30, is a former UCLA Bruin, and was selected First Team All PAC 10 in 2008 as the number 1 UCLA singles player and team captain. He is currently the Assistant Academy Director at the John McEnroe Tennis Academy in New York.

The Israeli team had a walkover in the doubles quarterfinals when the top seeded team of Austin Krajicek(USA) and Izak Van der Merwe(RSA) withdrew when Van der Merwe pulled a hamstring muscle. 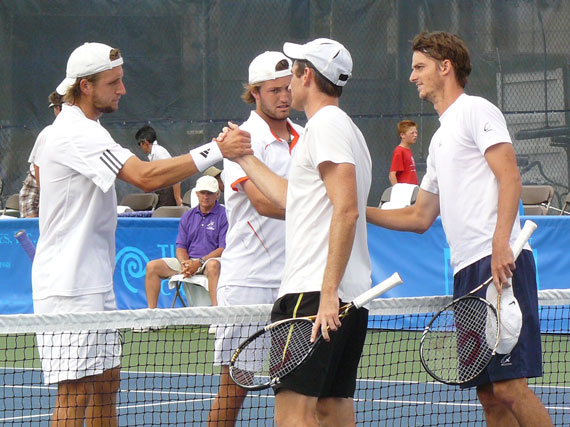 Adrien Bossel (SUI) and Michael McClune (USA) defeated Tennys Sandgren(USA) and Rhyne Williams (USA), the number 3 seeded doubles team, 6-1, 7-6(6). After a lackluster first set, Williams and Sandgren seemed rejuvenated in the second set, and jumped out to a 4-1 lead in the tiebreak. Bossel and McClune battled back to even the tiebreak at 5-5, and eventually to an 8-6 win. Bossel and McClune, are teaming up together for the first time, and will now advance to the doubles final, tomorrow at 11:00. Bossell was playing for the second time today, having dropped his singles semifinal earlier in the day to Fritz Wolmarams (RSA) 6-4, 7-5.

Sandgren and Williams, both 20, were All-American teammates at the University of Tennessee. Two weeks ago they reached the semi-final of the Winnetka, Illinois Challenger event, and have won 3 Pro Circuit Futures events this year as a doubles team.