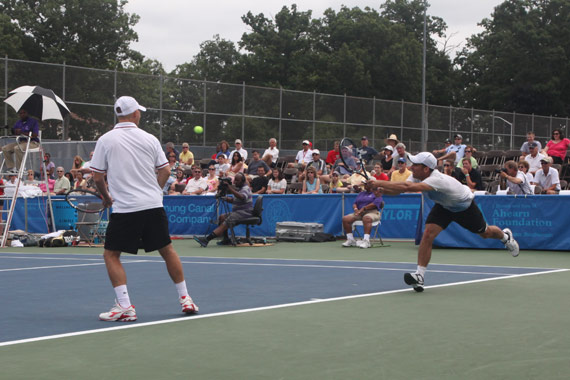 McClune and Bossel had a sluggish start, with each dropping serve in the first set to give the Israeli team a 4-0 advantage. There were no additional service breaks, giving the Sela/Srugo team the first set 6-2. 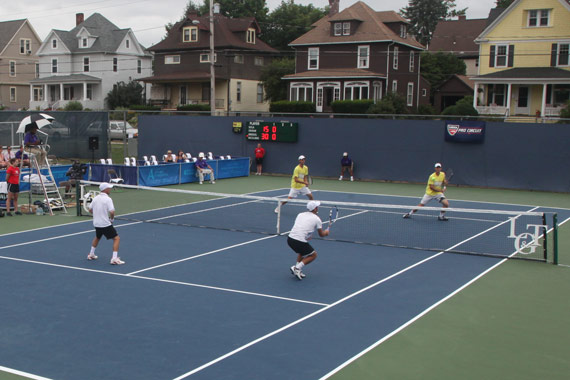 The second set feature a single service break, with Harel Srugo serving at 3-2, the McClune/Bossel team broke through to take a 4-2 lead, and eventually the set.

In doubles play, a 10 point tiebreak is played in lieu of a full set. In the tiebreak, Sela/Srugo jumped out to a 5-2 lead, but McClune/Bossel battled back to a 6-6 tie. Eventually the Israelis won what turned out to be a thrilling tiebreaker 10-8, to capture the title. 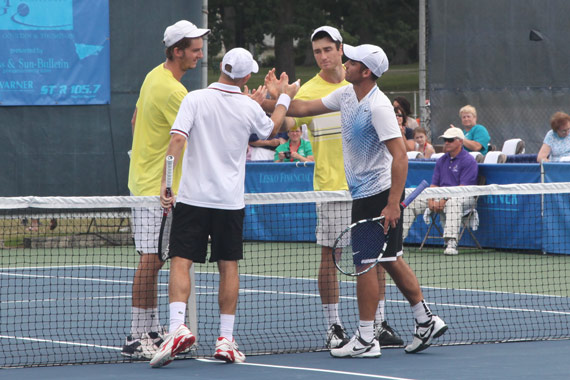 Sela, 27, has been on the Israeli Davis Cup team since 2005, being used strictly as a singles player, and has accumulated an overall record of 16-12.player. He was the top seeded singles player at the LG&T this year, losing his first round match to American Rhyne Williams.

Srugo, 30, is a former UCLA Bruin, and was selected First Team All PAC 10 in 2008 as the number 1 UCLA singles player and team captain. He is currently the Assistant Academy Director at the John McEnroe Tennis Academy in New York. 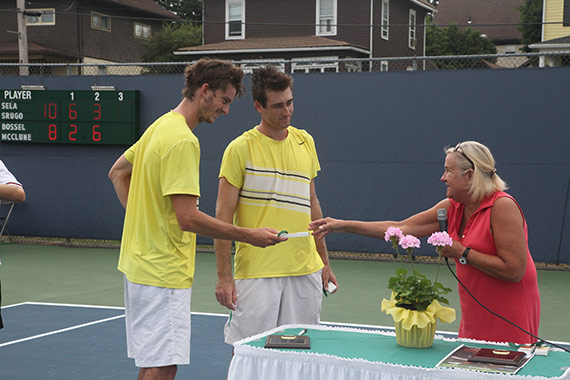 Bossel and McClune, were teamed up together for the first time. They played each other in a singles quarterfinal match, with Bossel coming out on top 7-6(4), 6-3.