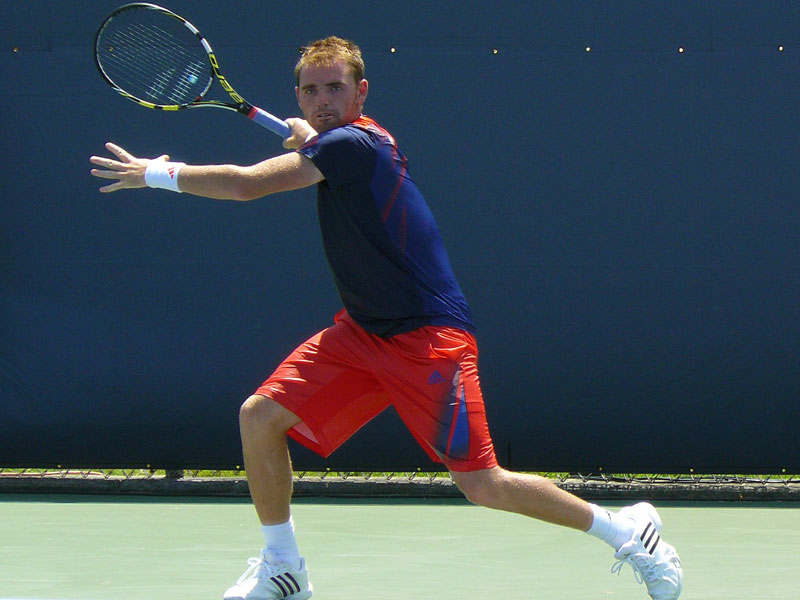 The second day of singles qualifying for the main draw of the Levene Gouldin & Thompson Tennis Challenger witnessed all but one seeded qualifier move on. Martins Podzus (LAT) knocked off No. 8 Sekou Bangoura (USA) in three sets. The doubles qualifying draw also began Sunday with a pair of matches.

After dropping the first set 6-3, Podzus rallied in the final two sets 7-6(2) and 6-2, to give himself an opportunity at qualifying for the main draw. The 19-year old Podzus, is from Lativa and currently holds his best ever ATP ranking of 724. Podzus will face No. 2 Takanyi Garanganga (ZIM) for a spot in the main draw.

Garanganga, 22, made quick work of wild card Rifat Biktyakov, dispensing of the 24-year old from Uzbekistan in straight sets (6-2, 6-2). Garanganga moved to the United States from Zimbabwe at the age of 14, where he then graduated from Pennsylvania’s Keystone National High School in 2008. He turned down Division I offers from Illinois and Georgia to turn pro straight out of high school.

The only other three-set match of the day featured No. 3 Jason Jung (USA) and Nikita Kryvonos (USA). Jung cruised in the opening set 6-0, but Kryvonos battled back to take the second set 6-3. However, in the final frame Jung overpowered Kryvonos winning 6-2 to earn a position in the final round of qualifiers. Jung, 24, is currently ranked No. 415 in the world and holds a record of 1-1 on the ATP Challenger Tour.

Bjorn Fratangelo (USA), the top-seed qualifier, was tested by Winston Lin (USA) in the first set having to win a seventh game to hold off the sophomore from Columbia. The second set was a different story however, as Fratangelo took the frame 6-3 for the straight set victory. The No. 333-ranked player became just the second American ever to win the boys’ singles title at the French Open in 2011 (John McEnroe, 1977). The Pittsburgh native is 19 years old.

Frederik Nielsen (DEN), Fratangelo’s opponent in the final qualifying round, eased to a straight set (6-4, 6-2) win over Michael Redlicki (USA). The 29-year old Nielsen is best known for his 2012 Wimbledon doubles title. The native of Denmark has also played in the singles draw of the 2012 Australian Open and held a best-ever ranking of 190 in 2011.

In the bottom half of the qualifying draw, No. 4 Greg Ouellette (USA), No. 5 Mitchell Krueger (USA) and No. 6 Jeff Dadamo (USA) all advanced thanks to straight set victories. Ouellette, a former All-American at the University of Florida, defeated Patrick Daciek (USA) 6-4, 6-0 while Krueger collected his second qualifying victory by defeating Jeremy Efferding (USA) 6-2, 6-2. Dadamo progressed into the final qualifying round with a 6-3, 6-1 victory over Mohamed Haythem Abid (TUN). Krueger and Jung will face-off in the final round of qualifiers tomorrow, while Ouellette and Dadamo meet for a spot in the main draw. 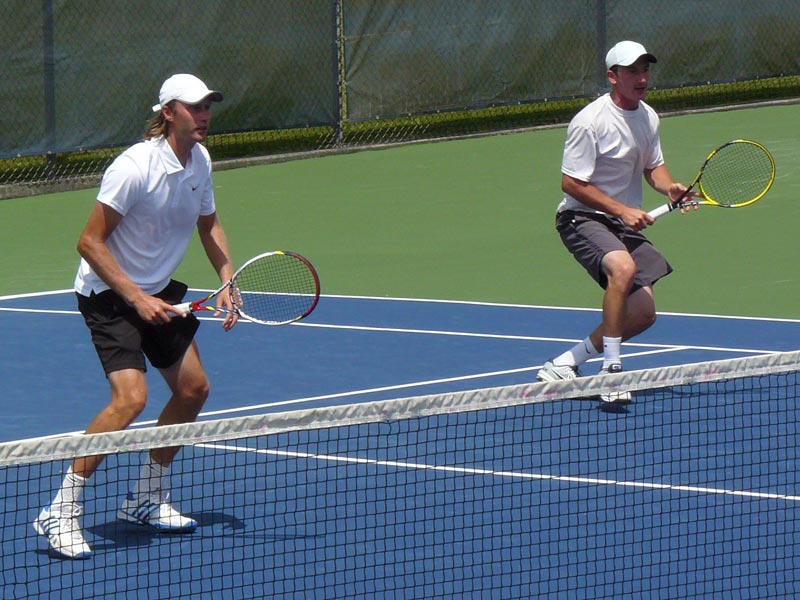 In the first round of doubles qualifying, top-seeded Rifat Biktyakov and Farrukh Dustov of Uzbekistan defeated Nail Khabiyev (UZB) and Keith Whittingham (USA) 6-0, 6-3, while Krasimir Kolev and Craig Schwartz of the United States knocked off second-seeded Azizbek Makhkamov (UZB) and Tsimafey Senkevich (USA) 6-4, 6-4. The two winners will meet Monday for a spot in the doubles main draw.

The final round of qualifiers begins Monday morning at 10 a.m. The winners of the four matches will receive a berth into the main draw, which will begin no earlier than 1:30 p.m. Monday afternoon. The doubles main draw will also begin Monday, but no earlier than 11:30 a.m.