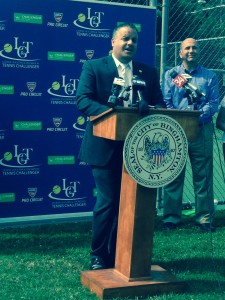 Binghamton Mayor Rich David was on hand at Recreation Park Thursday afternoon for the announcement that Bradley Klahn and Denis Kudla, both ranked in the top-120, will headline the main draw field at this year’s Levene Gouldin & Thompson (LG&T) Tennis Challenger.

Currently ranked No. 74 in the world, Klahn is the highest-ranked of the 22 men who received direct acceptance in the 32-player main draw. Thirty-two players will compete in the qualifying tournament July 12-13 for four other berths. The tournament organizers and the USTA will also award wild card entries to complete the field.

Kudla, who is currently ranked No. 120 in the world broke into the Top-100 for the first time in 2013 after advancing to the second round of the US Open and Wimbledon. Kudla won his sixth career USTA Pro Circuit singles title last weekend at the Nielsen Pro Tennis Championship in Winnetka, Illinois. Kudla, who was born in Kiev, Ukraine but resides in Arlington, Virginia, was formerly ranked No. 3 in the world junior rankings and reached the boys’ singles final at the 2010 US Open.

Klahn and Kudla are two of nine Americans in the main draw, along with Rhyne Williams, a former All-American and NCAA singles finalist at Tennessee; former Top-10 junior Mitchell Krueger; Virginia standout and former ITA Player of the Year Jarmere Jenkins and Robby Ginepri who has reached the fourth round or better at all four Grand Slam events.

The tournament is the 7th USTA Pro Circuit men’s challenger event of the 2014 season. The LG&T Challenger is the first leg of the four-tournament US Open Wild Card Challenge, which awards a men’s wild card into the US Open in August based on results in Binghamton, Lexington, Vancouver, Aptos – wrapping up on August 10. The Challenger also features a 16-team doubles tournament.

And preparations for the tournament are fast underway at Recreation Park, with the help of volunteers! 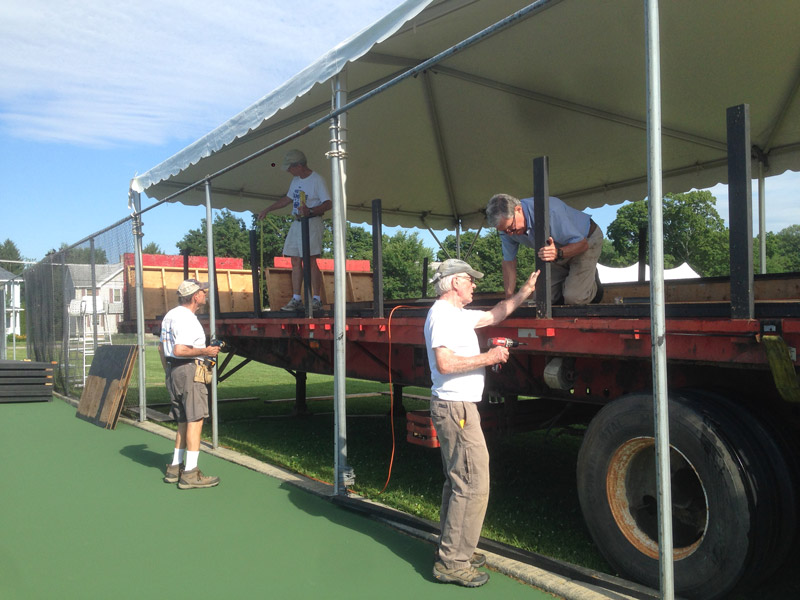 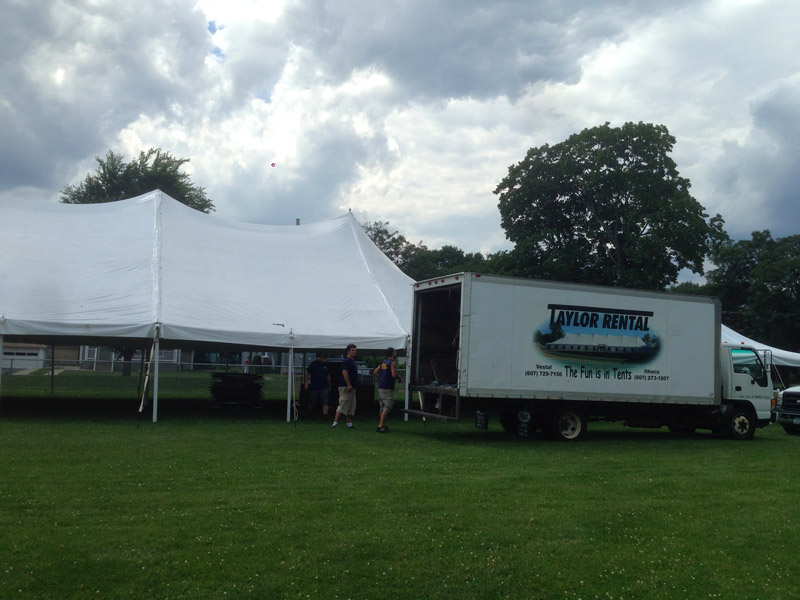