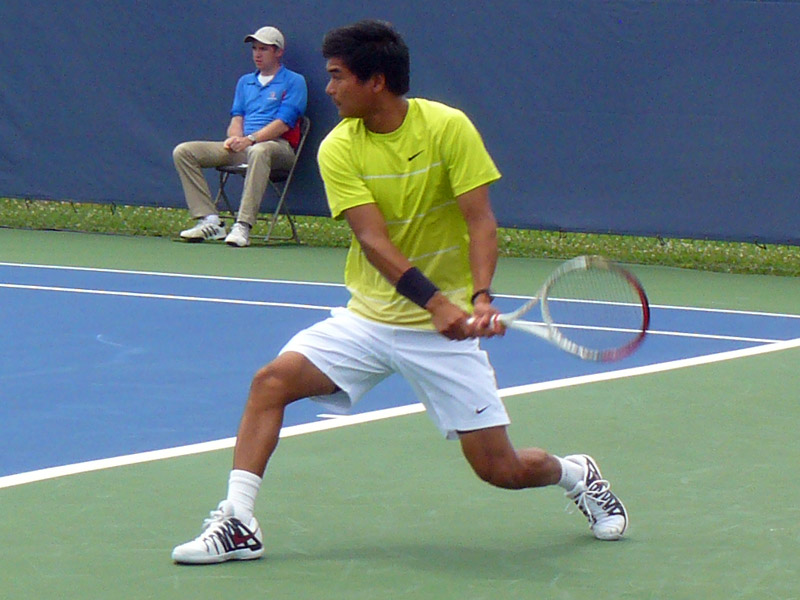 Four players advanced to the singles main draw on Sunday, closing out the final day of qualifying. Three singles players from the United States moved along into the field of 32 players.

Top seeded qualifier Marius Copil was the first player to advance to the main draw on Sunday with a straight set 6-1, 7-6 (2) victory over eighth seeded Gerardo Lopez Villasenor. Copil, a native of Romania, held an advantage over Lopez Villasenor on serves, collecting 14 aces and winning 43-of-51 service points to cruise to victory. Copil, who is the fourth seed in the main draw, will square off with American Jared Donaldson in the opening round on Tuesday.

In the first matchup of the day between two Americans, Sekou Bangoura came out on top, defeating Clay Thompson, 6-3, 6-4. Bangoura, the second seed in the qualifier and 610th ranked player in the world, battled past Thompson in straight sets after play had been delayed nearly a half hour due to rain.

After a few rain delays, Raymond Sarmiento (USA) went on to outlast Sarvar Ikramov of Uzbekistan. Sarmiento, the seventh seed in the qualifying rounds, took the first set 7-6 (2) and after nearly three hours of waiting due to weather, he finished off Ikramov 6-1 in the second to claim the final spot into the main draw.

In the doubles qualifier, Graham Alrutz and Keith Whittingham held on to a 6-4, 3-2 lead over Taylor Geiger and Krasimir Kolev before play was suspended for the day due to rain. They will continue their match tomorrow after the opening singles match on court one, which begins directly at 11 a.m..

The opening round of main draw singles and doubles play will begin at 10 a.m. tomorrow. A total of six singles and three doubles matches are on Monday’s slate.