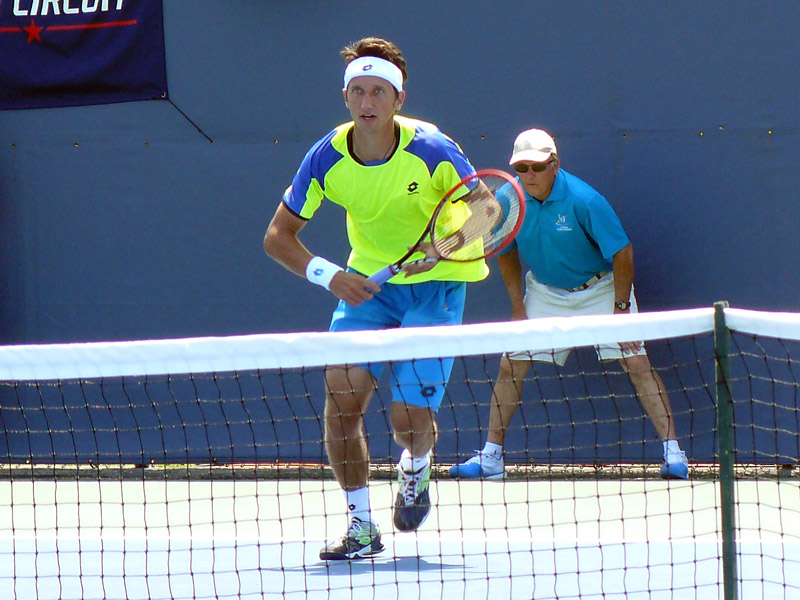 Sergiy Stakhovsky captured the 2014 Levene Gouldin & Thompson Tennis Challenger Singles Championship in front of a near capacity crowd Sunday afternoon at Recreation Park. Stakhovsky defeated Wayne Odesnik in straight sets to win his third career ATP Challenger Tour title. The tandem of Daniel Cox and Daniel Smethurst rallied from a one-set deficit to seize the doubles championship from Stakhovsky and Marius Copil in the final match of the tournament.

In a matchup featuring a pair of tour veterans, the 28 year-old Stakhovsky knocked-off the 28 year-old Odesnik in straight sets 6-4, 7-6 (9), becoming the first Ukranian to win the LG&T Challenger. Odesnik, the 2011 LG&T Challenger runnerup, was the seventh American to fall in the singles final. Stakhovsky, the 88th ranked player in the world, picked up 80 tour points with the championship, while Odesnik leaves Binghamton leading the USTA Pro Circuit US Open Wild Card Challenge. 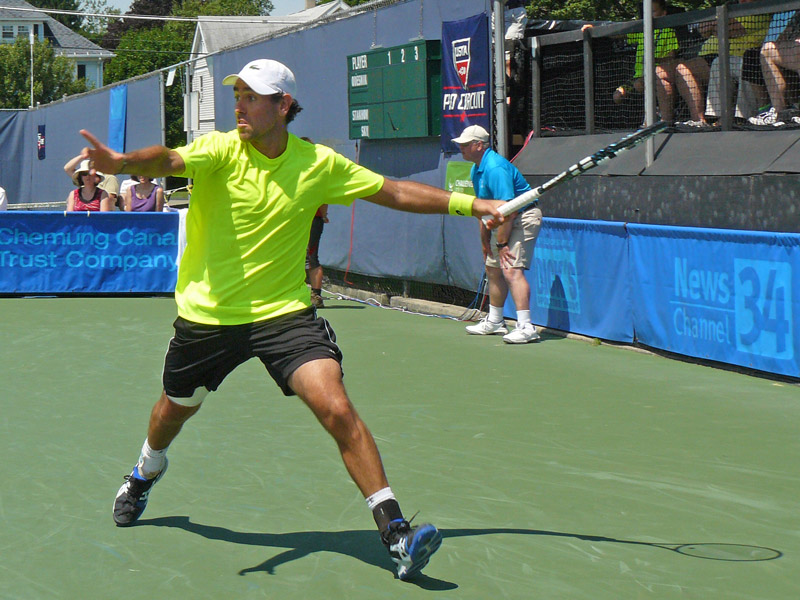 The second-seeded Stakhovsky opened the match hot breaking Odesnik’s serve in the first game to take a quick 1-0 advantage. From there both players held serve as the Kiev, Ukraine native took a 4-3 lead into the eighth game. Stakhovsky jumped out to a 40-15 lead, but Odesnik battled back to force deuce following a beautiful forehand winner. Odesnik had an opportunity to break Stakhovksy, but after five deuce points the Ukrainian finally held to take a 5-3 advantage. Stakhovsky registered two of his 12 aces in the 10th game helping the once 31st ranked player in the world win the opening set, 6-4.

In an extremely competitive second set, Stakhovsky once again captured an early break sandwiched in between two service games to take a 3-1 lead. However, Odesnik, who was once ranked in the top 100 (No. 77), fought back after Stakhovsky had a pair of break points in the fifth game. The Fort Lauderdale, Fla. resident held off the charge by Stakhovsky and earned a break of his own in the eighth game after a double-fault by his counterpart. From that point both players held their serve forcing a tiebreaker.

In the tiebreaker neither player was allowing much breathing room as each traded points until Stakhovsky earned his first championship point at 6-5. Odesnik fought off the flurry by Stakhovsky winning three straight points to capture set point. However, Stakhovsky was unfazed and registered his second championship point, but that was quickly stymied by an Odesnik ace. Odesnik had a second opportunity to break Stakhovsky, but the champion was too good connecting on his final ace and getting an unforced error to win the title. 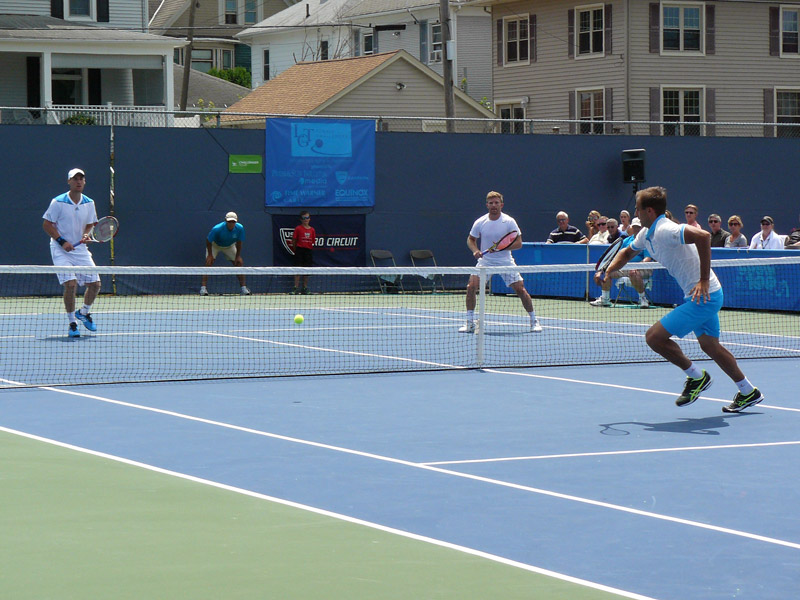 The doubles final began roughly 30 minutes after the singles final was completed and took almost two hours. Stakhovsky was the third player in LG&T Challenger history to play in both the singles and doubles final (Bradley Klahn, 2013 & Brian McPhie, 1997). No player in tournament history has ever won both titles.

In a hotly contested first set, each team held serve until Copil (ROU) and Stakhovsky broke the British duo in the sixth game to even the set at three. In the 11th game, Copil, the 2014 LG&T Fast Serve champion, displayed his ability firing a pair of 130-plus mph serves wowing the crowd at Recreation Park. However, Cox and Smethurst were able to hold serve and force a tiebreaker. The pair from Great Britain won the first two points, but Copil and Stakhovsky stormed back with four straight to take a 4-2 advantage. Cox and Smethurst were only able to manage one more point as Copil and Stakhovsky took the first set, 7-6, with the 7-3 tiebreaker win. 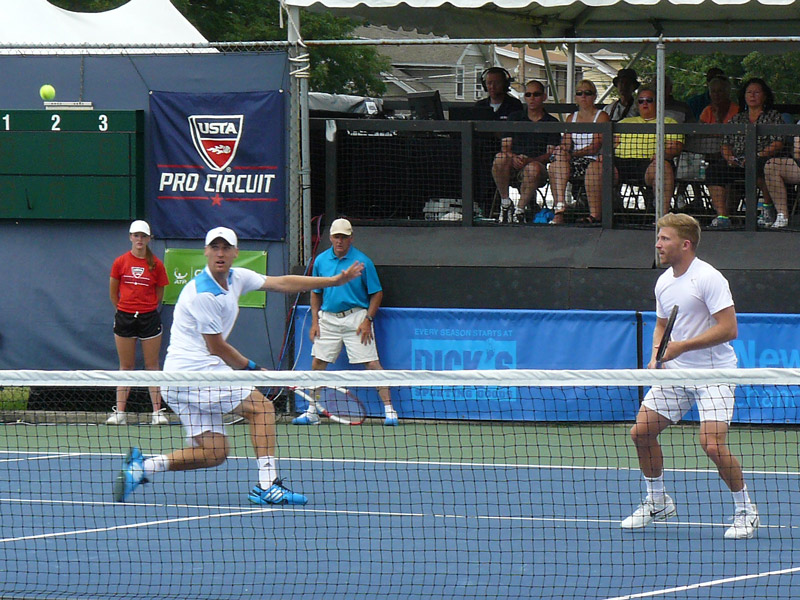 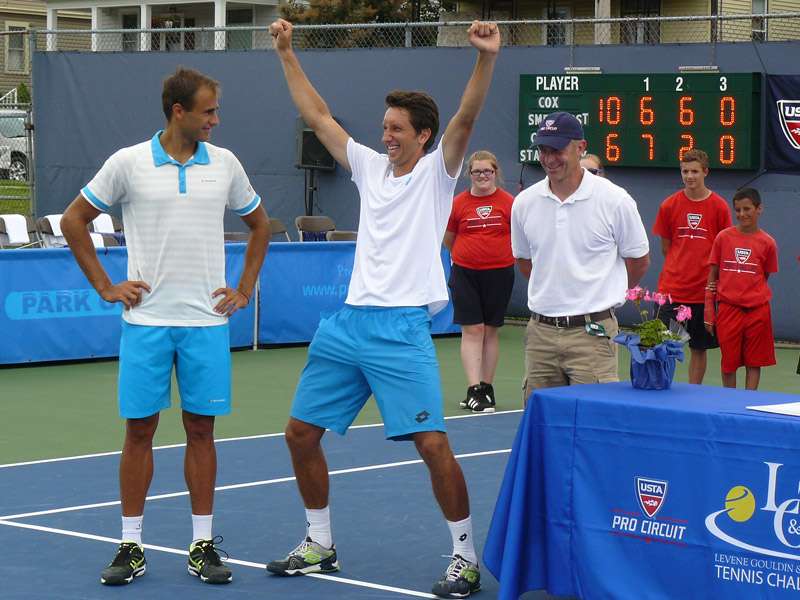