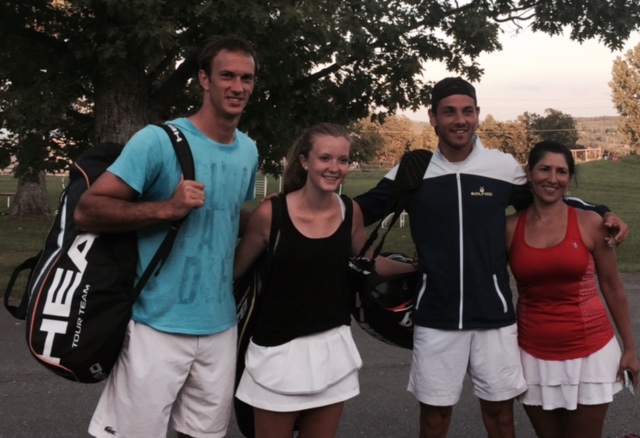 In the Applebee’s Pro Am Final of the LGT Tennis Challenger, Seton Catholic Central standout Alina Galyon teamed with Ante Pavic to defeat Binghamton’s Nancy Doyle and Matija Pecotic in a pro-set 8-7 (11-9), staving off a 5-point surge late in the tie-break to take the title.

Galyon and Doyle advanced to the final by placing at the top of their 5-team round robins. Their partners, both from Croatia, graced the event with impressive resumes: In 2014 Pavic qualified for the main draws at the French Open and Wimbledon; Pecotic, ranked 288, played for Princeton, three times earning Ivy League Player of the Year