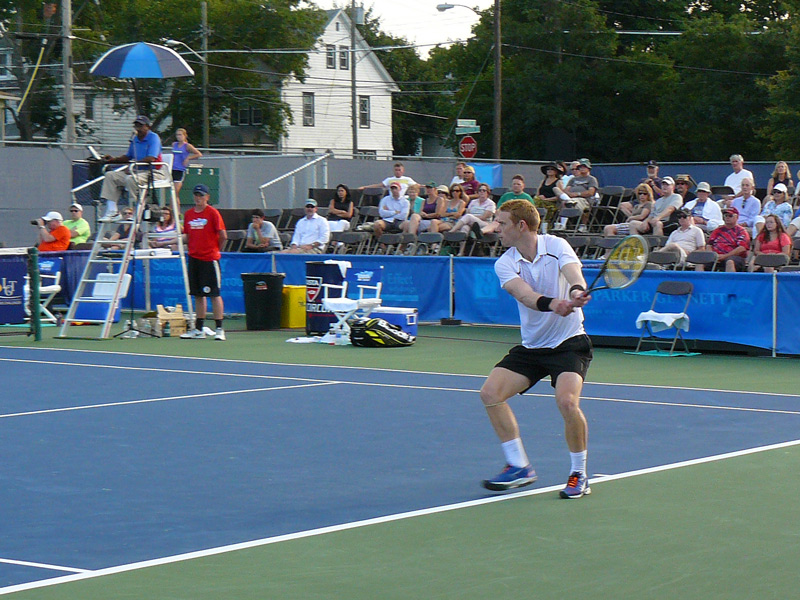 Edward Corrie knocked off Ryan Sweeting, 7-5, 6-2, in the first feature match of the 2015 Levene Gouldin & Thompson Tennis Challenger. The contest went back and forth in the opener until Corrie broke Sweeting’s serve to take a 6-5 advantage. 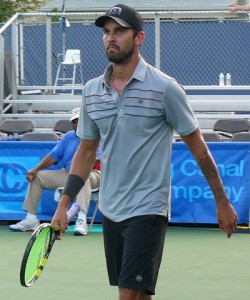 Corrie quickly closed out the frame and then dominated the second set. He won 3-5 break points in the match.

American Dennis Novikov was one of three winners in the main draw and advances to the second round. Fellow Americans Nicolas Meister and Ernesto Escobedo grabbed the final two qualifying spots with wins on Monday.

Novikov came from behind to take down Jason Jung in three sets, 4-6, 6-3, 7-6 (10-8). Novikov served 15 aces, including a blast to end the match. The players competed for nearly two-and-a-half hours in an evenly-played contest

Meister rallied to defeat Luke Bambridge in a three-set match Monday morning. Bambridge, the sixth seed, won the first set, 6-3, before Meister bounced back in the next frame. Meister tied the match with a 6-3 win, forcing a decisive set. The third-seeded Meister broke Bambridge serve twice on his way to a 6-2 win to earn a main draw bid. The native of California won 19-26 second serve points in the contest. He will face Nicolas Jarry in the first round of the main draw tournament.

Escobedo secured his spot in the field with a 7-5, 7-6 (7-2) victory over Austin Smith. Escobedo won 76 percent of his service points and recorded a pair of aces to close out the second-set tiebreaker. He will take on Kyle Edmund, the top seed in the main draw.