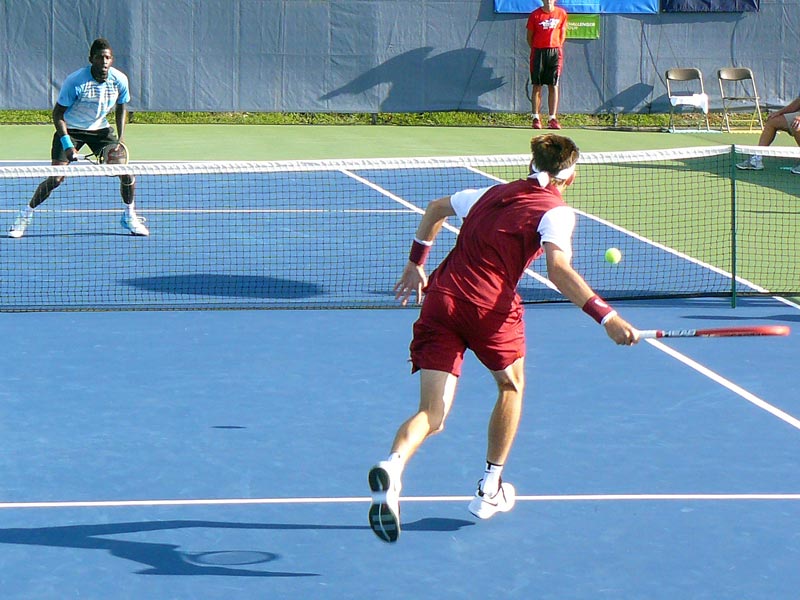 A trio of seeded players fell on Wednesday at the Levene Gouldin & Thompson Tennis Challenger. The biggest upset of the day came during the final match of the day when No. 5 Jared Donaldson fell in straight sets to qualifier Sekou Bangoura, who advanced to his first-ever Challenger quarterfinal. 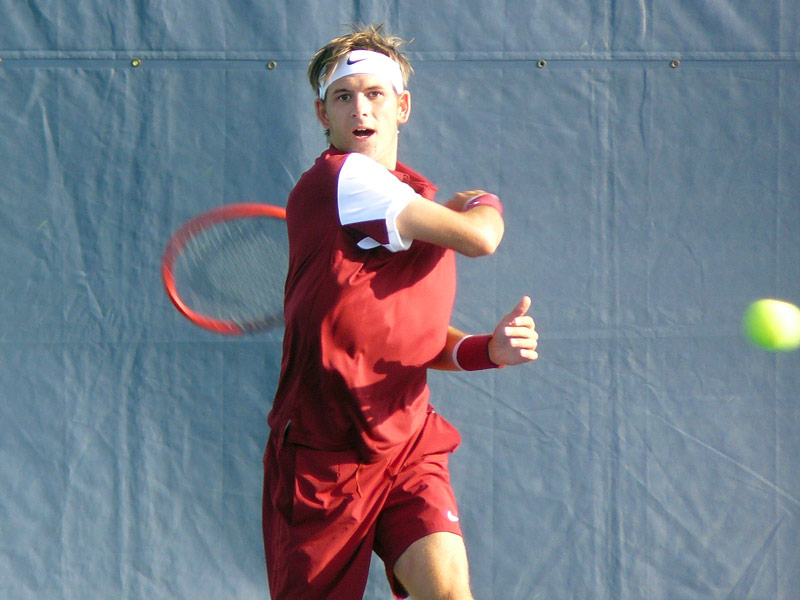 Donaldson, who won the Maui Challenger in February and was ranked as high as No. 152 in the world, is seen as a rising American star, but stumbled against Bangoura. The 23-year old Bangoura had a response for everything Donaldson threw at him. 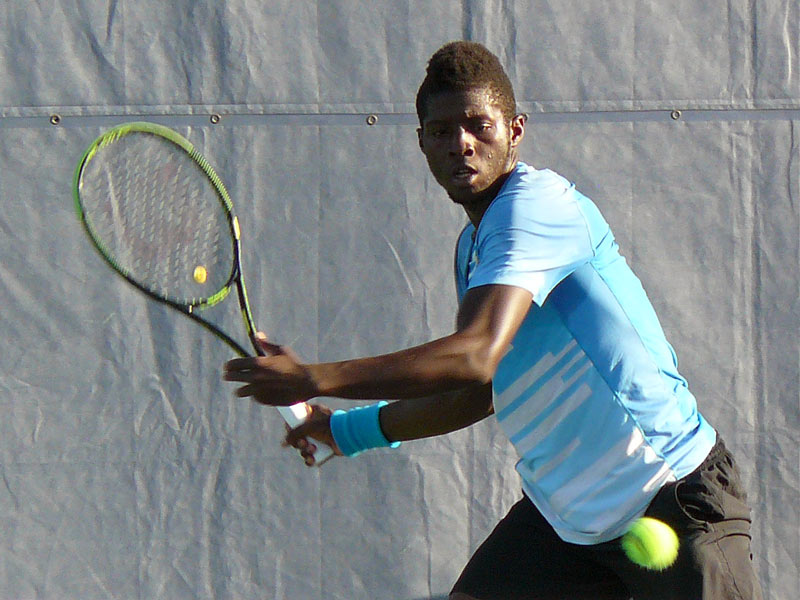 Already up 5-4, Bangoura broke the 18-year old securing the crucial first set. With a one-set-to-none advantage Bangoura gained confidence and broke Donaldson twice in the final three games to take the second set 6-2.

In a pair of first round matches that featured seeded players, American Mitchell Krueger handled No. 8 Saketh Myneni (IND) in straight sets, 6-4, 6-3. American Daniel Nguyen, who’s No. 189 world ranking earned him the No. 7 seed, was quickly disposed of by Bulgaria’s Dimitar Kutrovsky, 6-1, 6-1, in the day’s first match that took less than an hour.

American and wild card entrant Tommy Paul was impressive in his 6-3, 7-5 straight set victory over Ecuador’s Gonzalo Escobar. The 2015 Junior French Open champion’s serve was untouchable as the 18-year old connected on 11 aces while committing just one double fault. American qualifier Nicolas Meister continued his run at the LGT Tournament with a 6-1, 7-6(6) victory over Chile’s Nicolas Jarry.

In an all-American matchup, Dennis Novikov defeated 2013 LGT Challenger champion Alex Kuznetsov in straight sets, 6-4, 7-5. Both players struggled in the return game in a bout that saw just two breaks. Novikov prevailed however, earning the decisive breaks in each set. The 2015 Pan-American Games bronze medalist broke the 28-year old Kuznetsov in the seventh game of the first set and the 11th game of the second.

Frederik Nielsen (DEN) performed well for the second straight day upending Croatia’s Matija Pecotic, 7-5, 6-4. The 31-year old found himself in a 4-1 hole in the first, but rallied to level the set at five before breaking Pecotic to steal a 6-5 advantage. Nielsen held serve to win the opening set then earned a break in the ninth game of the second eventually ending Pecotic’s tournament.

Quickest Match of the Day