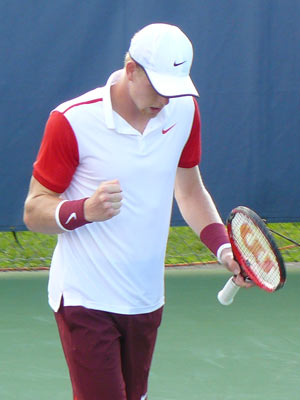 Top seed and wild card entrant Kyle Edmund (GBR) was tested by American Ernesto Escobedo in a three-set match that lasted over two hours. Edmund, the highest ranked player in the tournament at No. 113, took the first set 7-5.

However, Escobedo rallied from a 5-2 deficit in the second to force a tiebreaker. The qualifier won the tiebreak 7-4 before eventually being overpowered by Edmund in the final set, 6-1.

During an extremely long day that witnessed a two-hour weather delay, the Edmund/Escobedo match wasn’t the lengthiest of the day, as No. 6 seed Brydan Klein (GBR) overcame a first-set hole against 2014 NCAA singles champion Marcos Giron to win the 2:28 bout, 2-6, 7-6(7), 6-4.

Seeded Americans Bjorn Fratangelo and Jared Donaldson advanced to the round of 16 with their wins. The second-seeded Fratangelo, who is ranked No. 123 in the world, outlasted Australian Greg Jones in the final match of the day, 7-5, 2-6, 6-2. The three-setter was one of five matches to go the distance on Tuesday. The two doubles matches played also went to a decisive tiebreaker.

The 19-year old Donaldson, who is a rising American star ranked No. 166 in the world, cruised to a straight set victory over Japan’s Takuto Niki, 6-3, 6-2. The fifth-seed needed just over an hour to advance to the second round.

Play on Tuesday also provided a pair of upsets as No. 3 Liam Broady (GBR) and No. 4 Guilherme Clezar (BRA) each fell in the opening round. Broady fell in a three-set battle to 31-year old Frederick Nielsen (DEN), 6-1, 4-6, 6-2. Nielsen, a former Wimbledon doubles champion, moves on to face Matija Pecotic on Wednesday. The 2013 LGT champion, Alex Kuznetsov easily disposed of Clezar in straight sets, 6-1, 6-3, in a match that lasted just 53 minutes. Kuznetsov will face American Dennis Novikov on Wednesday as well. 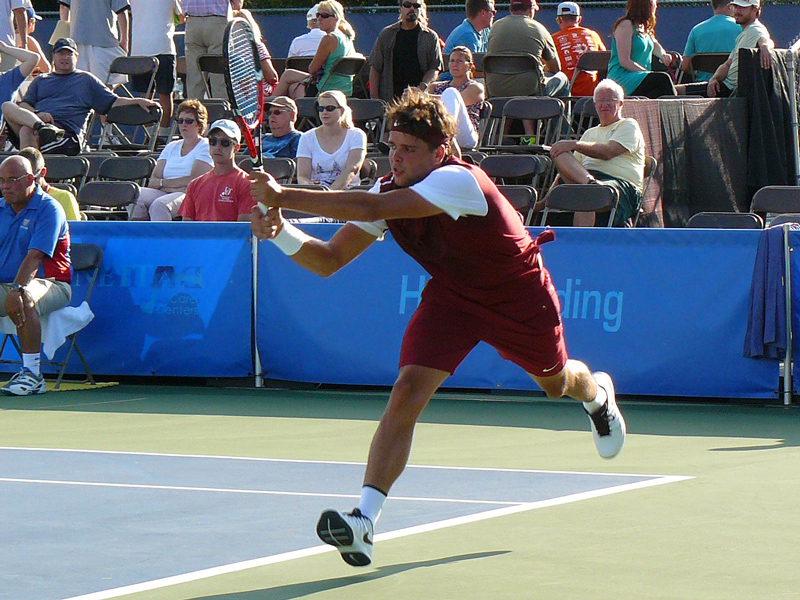 In other singles action 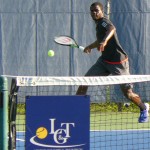