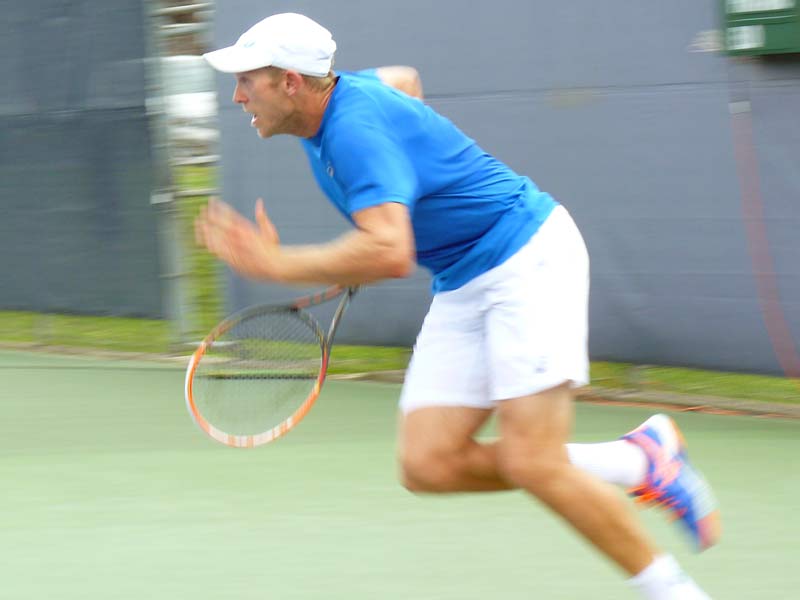 It will be USA vs Great Britain in the final as the top two seeds, Bjorn Fratangelo (USA) and Kyle Edmund (GBR), won their places Saturday at Rec Park. No. 2 seed Bjorn Fratangelo (USA) cruised past Brydan Klein (GBR) and after an hour rain delay top seed Kyle Edmund defeated American qualifier Sekou Bangoura. The South African duo of Dean O’Brien and Ruan Roelofse won their semifinal match to advance to the doubles final. 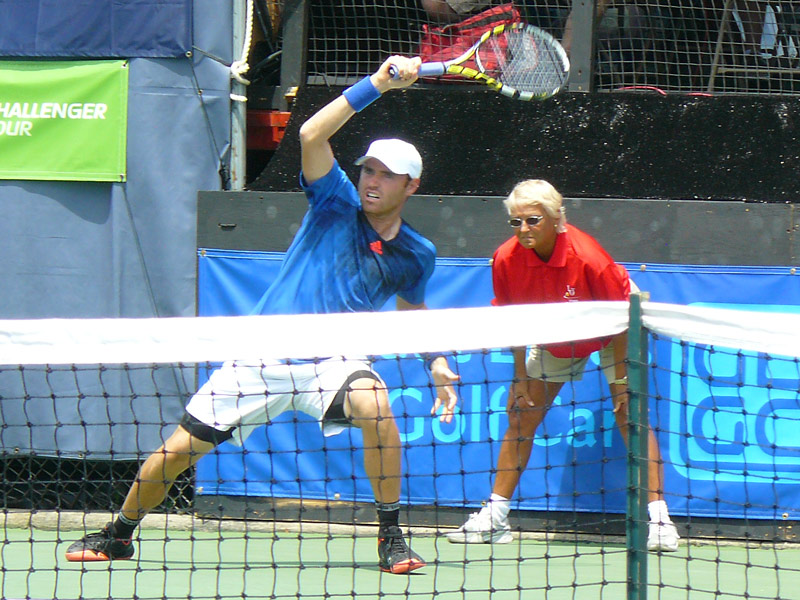 In the day’s first singles semifinal, the No. 2 seed Fratangelo handled the No. 6 seed Brydan Klein (GBR), 6-4, 6-2, in the 22-year old’s first straight set win of the tournament. The key to Fratangelo’s victory were break points, which he earned very early in the first set. The No. 123 ranked player in the world broke Klein in the third game to take a 2-1 lead then held serve to command a two-game advantage. Fratangelo went on to win the set, 6-4, behind a strong second service connecting on 12-of-15 points (80 percent).

Fratangelo continued his steady play in the second set, breaking Klein in the fifth game seizing a 3-2 advantage. After holding serve, Fratangelo broke Klein for the second consecutive time extending his lead to three, 5-2. The Pittsburgh, Pa. native made quick work of Klein in the eighth game, securing the final set, 6-2. The former French Open Junior champion (2011) took just 69 minutes to advance to his third ATP Challenger Tour final of 2015. Fratangelo won the Launceston International in Australia in February before falling in a Challenger final in Italy this past June. 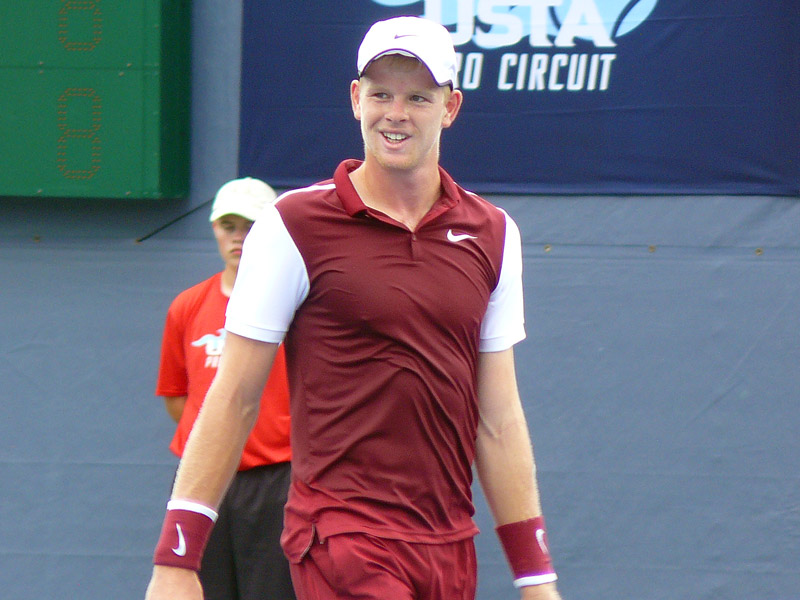 Semifinal number two witnessed Edmund quickly stake a 1-0 advantage in the match thanks to a 6-4 victory in the opening set. Bangoura responded however, breaking the top seed in the fourth game to take a 4-1 lead. After both held serve at 5-2, Edmund rallied with three consecutive games to level the set at five apiece. Bangoura held serve while Edmund was about to do the same before the rain started to fall, delaying the match for an hour. 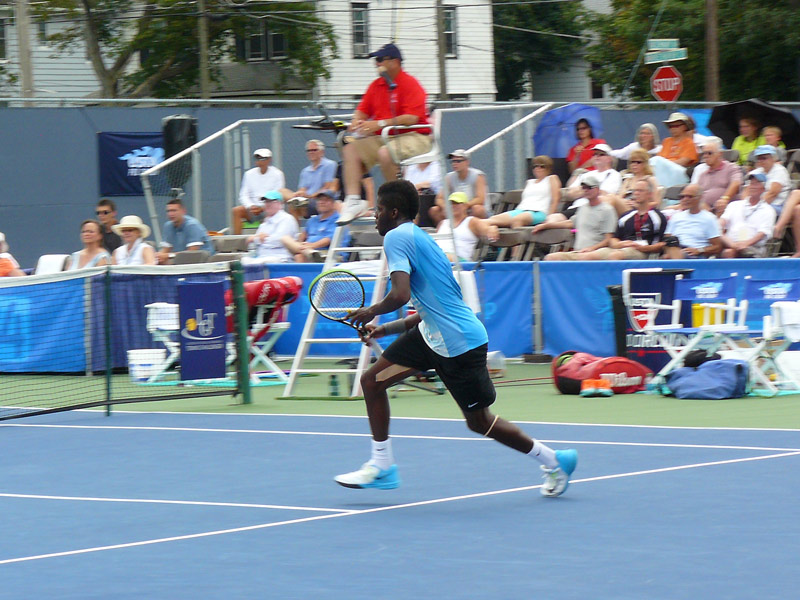 Once the match resumed, Edmund hammered an ace to force a tiebreaker. In the tiebreaker, the 20-year old quickly took a 3-0 lead and never looked back. Edmund held a 4-2 lead at the switch before winning the tiebreaker 7-4 to advance to his second ATP Challenger Tour final of the year. The No. 113 ranked player in the world won the ATP Challenger event in Hong Kong in January. Edmund has reached the at least the quarterfinals in seven of his eight ATP Challenger appearances in 2015.

Bangoura, who is ranked No. 535 in the world, became just the sixth qualifier to reach the semifinals in the LG&T Tennis Challenger’s 22-year history. 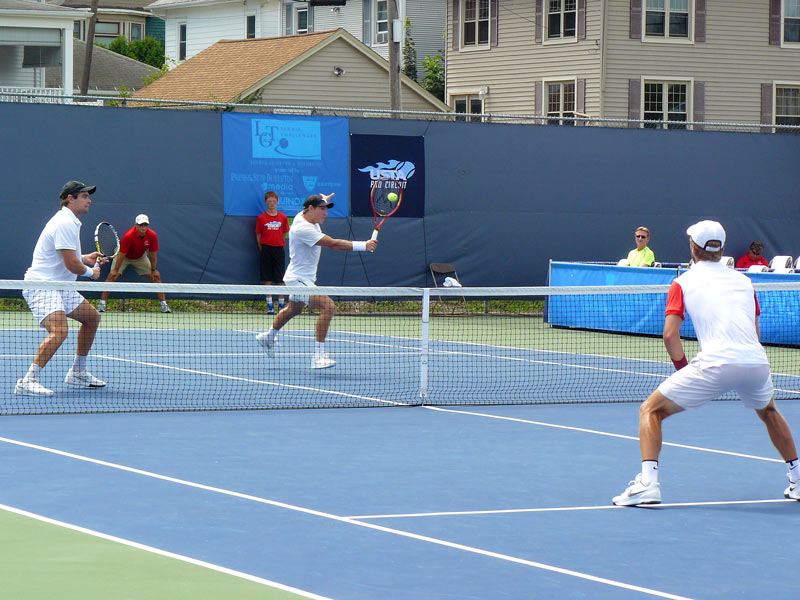 Doubles semifinal action opened the day as the top-seeded pair of Dean O’Brien and Ruan Roelofse defeated Great Britain’s Luke Bambrigde and Liam Broady, 6-4, 7-5. In an evenly played match, it was the service game that doomed the fourth-seeded Bambridge and Broady as the pair committed eight double faults. The South African pair capitalized on the unforced errors earning four crucial break points. O’Brien and Roelofse will face unseeded Daniel Nguyen and Dennis Novikov in Sunday’s final. Nguyen and Novikov knocked off the No. 2 and No. 3 seeds en route to the final.

Final Sunday’s action begins at 11 a.m. with the doubles final followed by the singles final.