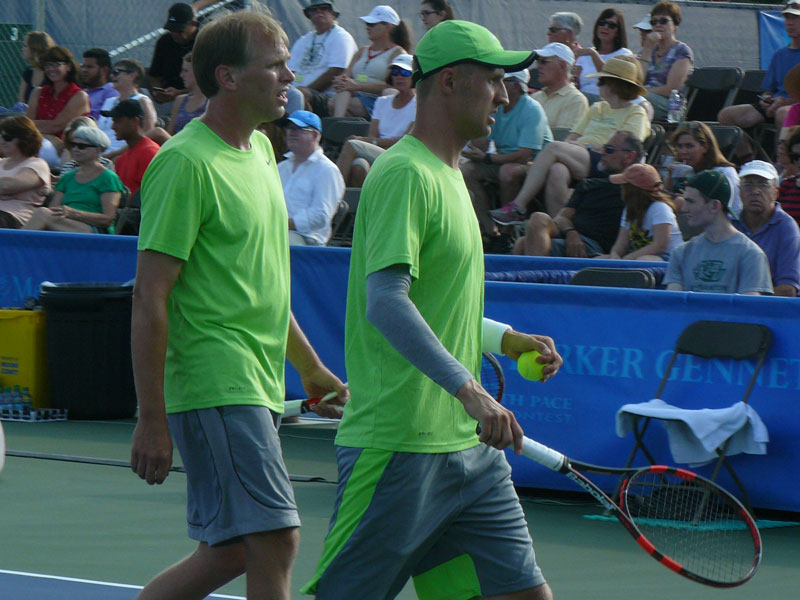 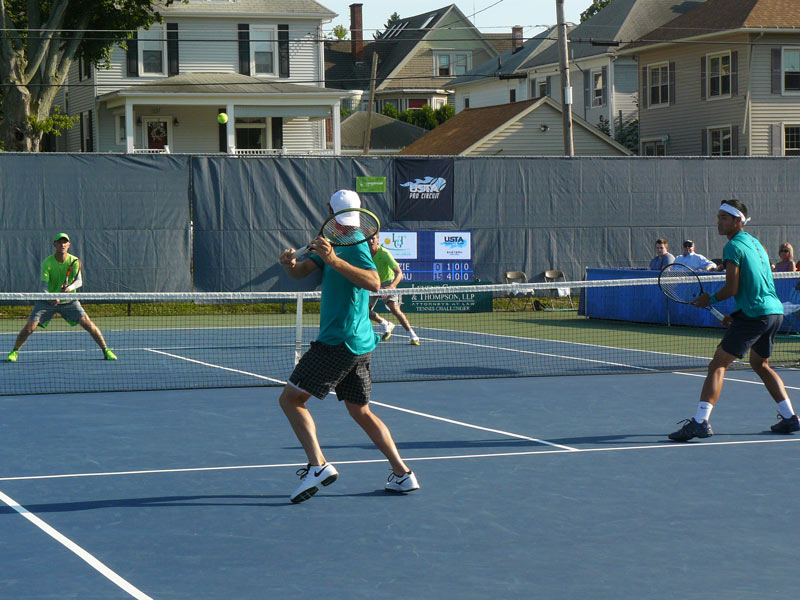 Zieziula and Mendler faced Americans Tommy Paul and Thai-Son Kwiatkowski in the opening round of doubles action after both teams earned a wild card entry into the main draw. After dropping the opening set, 6-1, Zieziula and Mendler, the teaching pro at the Binghamton Tennis Center, broke Paul and Kwiatkowski in the fourth game to take a 3-1 lead in the second set. The local duo maintained a 4-3 advantage late in the frame, but it wasn’t enough as Paul and Kwiatkowski won the final three games to capture the second set and the match, 6-4. 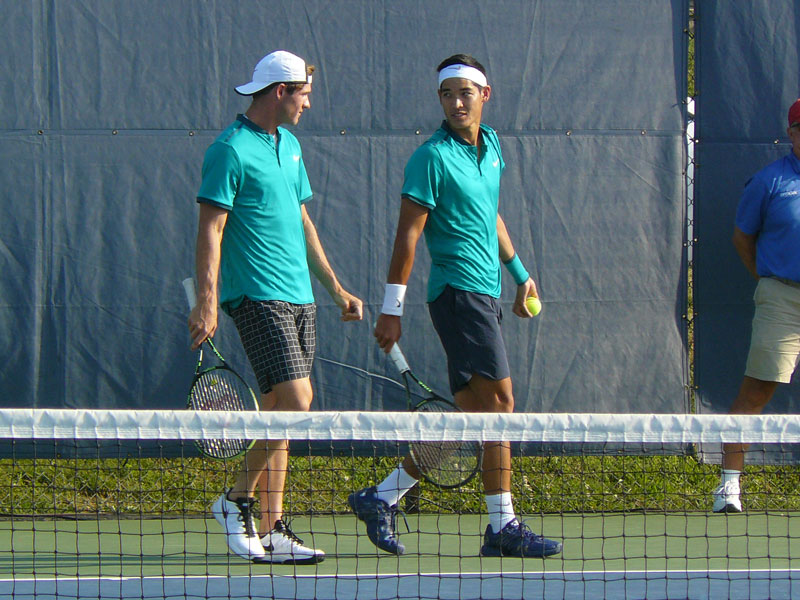 Stefan Kozlov, the highest seeded player remaining, ousted Daniel Nguyen (USA) in straight sets, 7-6(7), 6-4 to advance to the quarterfinals where he will face Darian King. Kozlov was the lone American to advance into the quarterfinals. The 19-year old, who was born in Macedonia, but resides in Miami, Florida won the first set after relinquishing two match points to Nguyen during the tiebreak. In the second, Kozlov earned two early breaks to take a commanding 4-0 lead. Nguyen, a three-time team national champion at Southern California, fought back to pull within a game, but Kozlov’s return game was too strong for the former Trojan.

Ninth seeded Andrey Golubev of Kazakhstan made quick work of qualifier Erik Crepali (ITA), who was playing his fourth match in as many days. Golubev won in straight sets, 6-2, 6-1, advancing to the quarterfinals in just under an hour. The 28-year old veteran will face Glasspool for a spot in the semifinals.

King, a native of Barbados, was the final singles player to punch his ticket to the quarterfinals Wednesday, defeating the former University of Virginia All-American Kwiatkowski in straight sets, 6-4, 7-5. Kwiatkowski was the lone wild card entrant to win his opening round match.

In first round singles matches, qualifiers Aleksandar Vukic (AUS) and Jose Statham (NZL) each advanced to the round of 16. Vukic was impressive in his straight-set victory over Emilio Gomez (ECU) winning, 6-3, 6-4, while Statham upended No. 7 seed Guilherme Clezar of Brazil. The Statham-Clezar match was a continuation of Tuesday’s action, which was suspended due to darkness. Also moving onto the round of 16 was Ramkumar Ramanathan (IND), who knocked-off Yasutaka Uchiyama (JPN) in straight sets 6-3, 6-4.

All 16 doubles teams were in action as Australians Jarryd Chaplin and Benjamin Mitchell rallied to defeat qualifiers Juan Manuel Benitez Chavarriaga (COL) and Raleigh Smith (USA) in a tiebreak set, 6-7(0), 6-3, 10-5. Chaplin and Benjamin will face Kozlov and Quentin Halys in the quarterfinals after the pair defeated top seeds and defending champions Ruan Roelofse and Dean O’Brien of South Africa.

In a doubles upset, American wild cards Alex Lawson and Jackson Withrow rallied to defeat Ireland’s Sam Barry and Uchiyama, 3-6, 7-6(4), 10-5. Uchiyama was one of nine players who competed in both the singles and doubles draw on Wednesday. Lawson and Withrow will meet the fourth-seeded duo of Sekou Bangoura (USA) and David O’Hare (IRL) in the quarterfinals after the pair upended Crepaldi and Evan King (USA), 7-5, 6-2. Just two weeks ago Bangoura and O’Hare were the runners-up at the Nielsen Pro Tennis Championship (Winnetka, IL) outside Chicago.