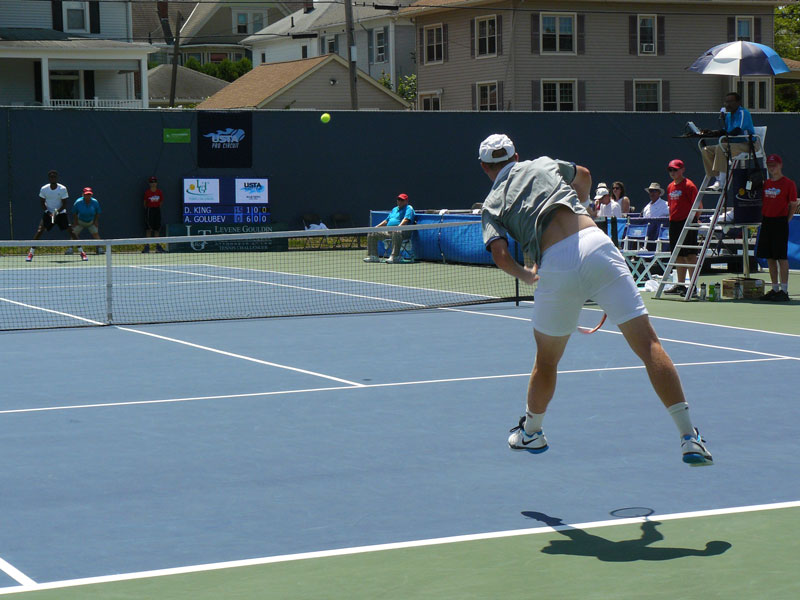 Semifinal Saturday witnessed players battle each other as well as the elements. With wind gusts reaching upwards of 24 mph, Darian King and Mitchell Krueger advanced to the singles final. Neither player allowed the extreme winds to affect their play as the former doubles partners will meet for just the second time ever. In the day’s opening match, Australians Matt Reid and John-Patrick Smith won their semifinal match to earn a spot in the doubles final. 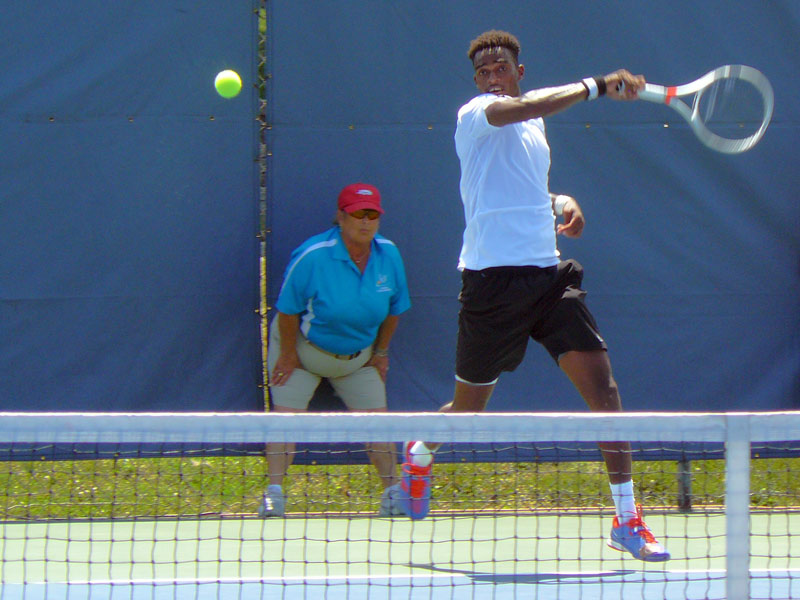 In a matchup of the last two seeded players in the singles draw, King, the sixth seed, advanced to his second consecutive ATP Challenger Tour final after rallying to defeat No. 9 Andrey Golubev (KAZ), 1-6, 6-1, 6-3. The 24-year old from Barbados was a quarterfinalist at the 2014 LG&T Tennis Challenger and two weeks ago picked up his first career Challenger title at the Milos Open in Colombia. King’s hot play of late also earned him a wild card spot on the Barbados Olympic tennis team. 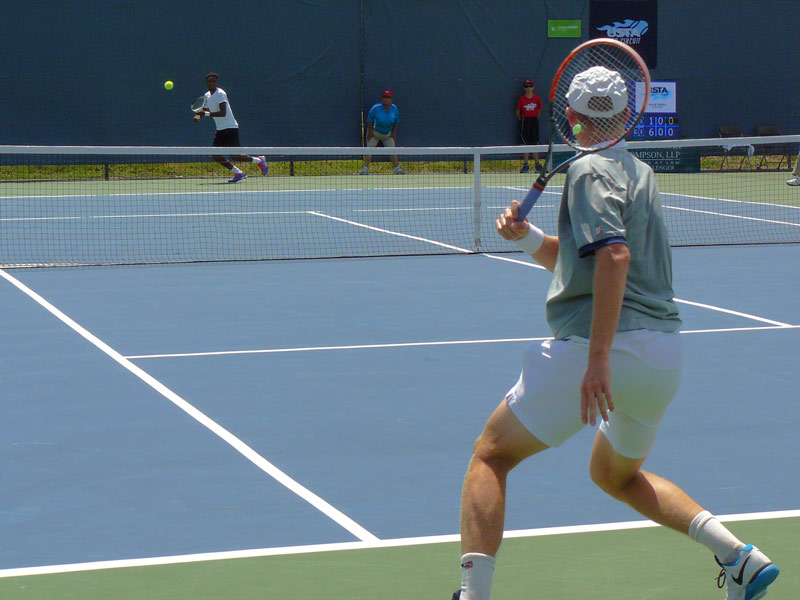 In the first set the 29-year old veteran Golubev (No. 211) broke King’s serve in the first game and never looked back cruising to a 6-1 victory thanks to a strong return game. Golubev, who has appeared in the four grand slams a total of eight times, broke King’s serve four times in the opening frame to surge out to a 1-0 lead. King (No. 199) answered in the second set by immediately breaking Golubev’s serve and responding with a 6-1 victory of his own to extend the match to a decisive third game. 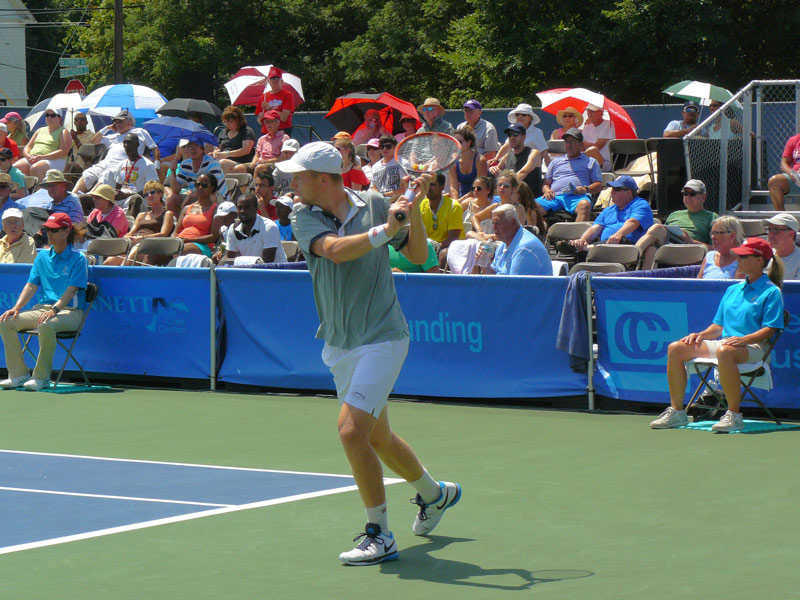 The match saw winds reach up to 20 mph as both players struggled to battle the elements. However, in the third set King proved to handle the conditions better as he earned a huge break in the eighth game to stake out a 5-3 advantage. With King serving for the match, Golubev was able to fight off match-point three times, but it wasn’t enough as King defeated Golubev for the ninth straight time. Golubev has been ranked as high as No. 33 (2010) in the world and accumulated over two million dollars in earnings. 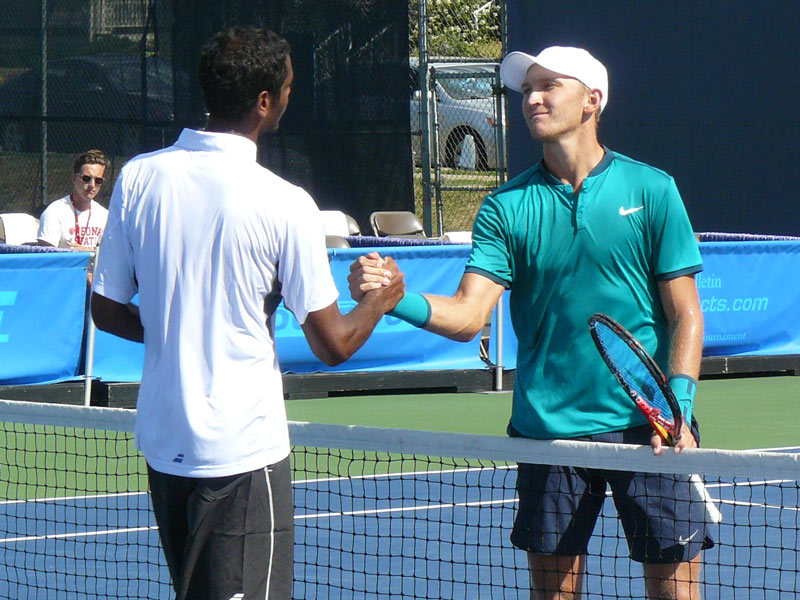 Krueger, who is ranked 247th in the world, continued his dominant play at the LG&T Challenger defeating Ramkumar Ramanathan (No. 214) in straight sets, 6-2, 6-4. The 22 year-old Texan has yet to surrender a set in his four matches at the tournament and will face King in the singles final Sunday, following the completion of the doubles draw. This past January, Krueger and King teamed up to advance to the quarterfinals of the doubles draw at the Nouema Challenger. The pair have met once before, as King bested Krueger in straight sets at the Futures event in Calabasas, California in 2013. 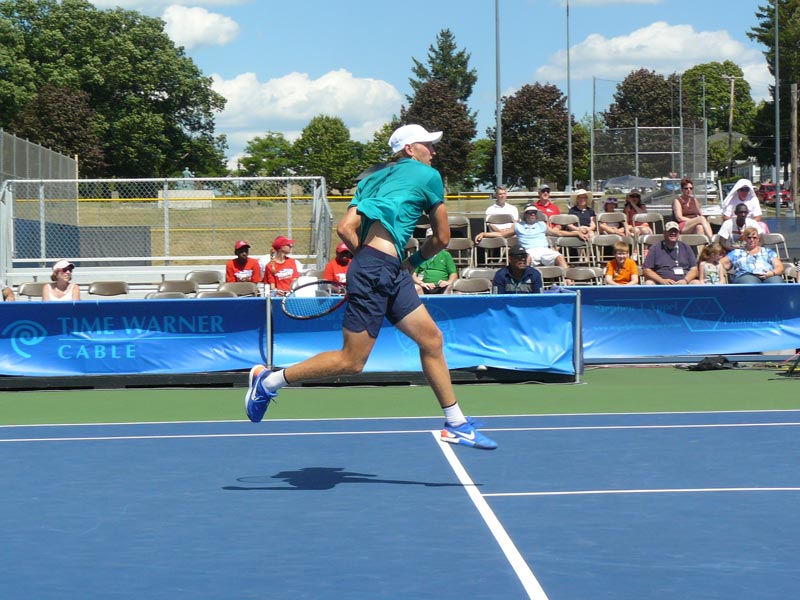 An American will be in the LG&T Challenger final for the ninth straight year, as Krueger wasted no time gaining the upper-hand on Ramanathan, breaking the 21-year old Indian’s serve in the opening game of the match. From there Krueger maintained his serve allowing Ramanathan to win just two games in the set. 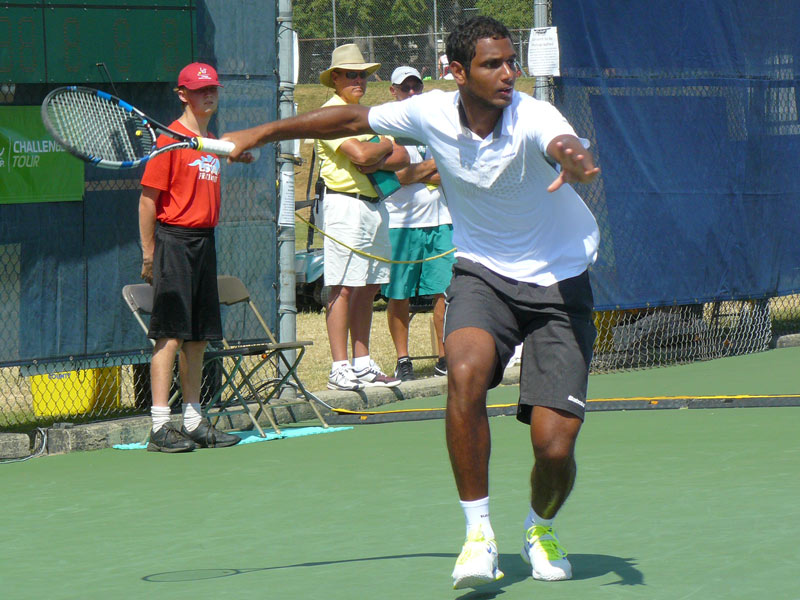 The second set witnessed more serve-and-volley then the first as each player held serve through the first six games. Krueger, who was a quarterfinalist at last year’s LG&T Challenger falling to eventual champion Kyle Edmund, finally broke Ramanathan in the seventh game to take a 5-3 lead. Both players held serve in the final two games as Krueger utilized a strong backhand to disrupt a visibly depleted Ramanathan, advancing to his first-ever Association of Tennis Professionals (ATP) Challenger Tour final.

The doubles final was determined following Matt Reidand John-Patrick Smith’s straight set victory over Sekou Bangoura (USA)and David O’Hare (IRL). The Australian duo, who has yet to drop a set during their run to the finals, won 7-6(4), 6-3 improving their 209th ranking in the world.

The first set witnessed both teams hold serve through the first 12 games forcing a tiebreak. Reid and Smith obtained some breathing room early in the tiebreak holding a 4-2 lead as the teams switched ends. After twice breaking the serve of Bangoura and O’Hare, the Aussie pair were able to seal the 1-0 lead in the service game.

Reid and Smith continued their dominant play earning an early break in the fourth game to push out to a 3-1 advantage. After both teams held serve, Reid connected on back-to-back aces, one reaching 121 mph, to extend their lead to 5-2. Bangoura and O’Hare were able to hold-off Reid and Smith for a frame, but were unable to earn a break, falling 6-3.

The second-seeded Australian pair will face Liam Broady (GBR) and Guilherme Clezar (BRA) in the doubles final on Sunday morning. Broady and Clezar advanced to the final via walk-over following the retirement of Stefan Kozlov fromthe tournament during his quarterfinal singles match on Friday.