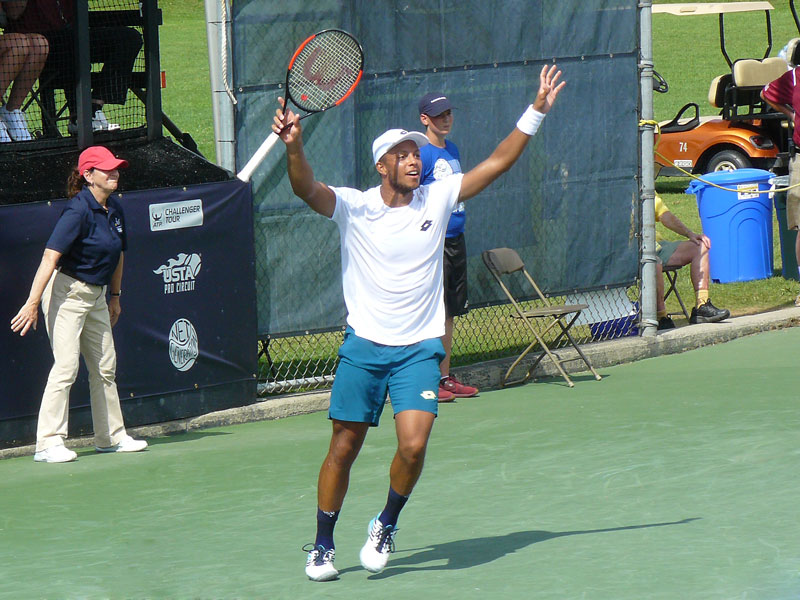 A large crowd watched Singles & Doubles final matches that were filled with exciting, tight play. The singles match between Jay Clarke (GBR) and Jordan Tompson (AUS) was the longest match of the 2018 tournament, clocking in at an official match time of 176 minutes, a full half hour longer than the second longest match, the 2nd Round match between Dominik Koepfer (GER) and Edan Leshem (ISR), 144 minutes. 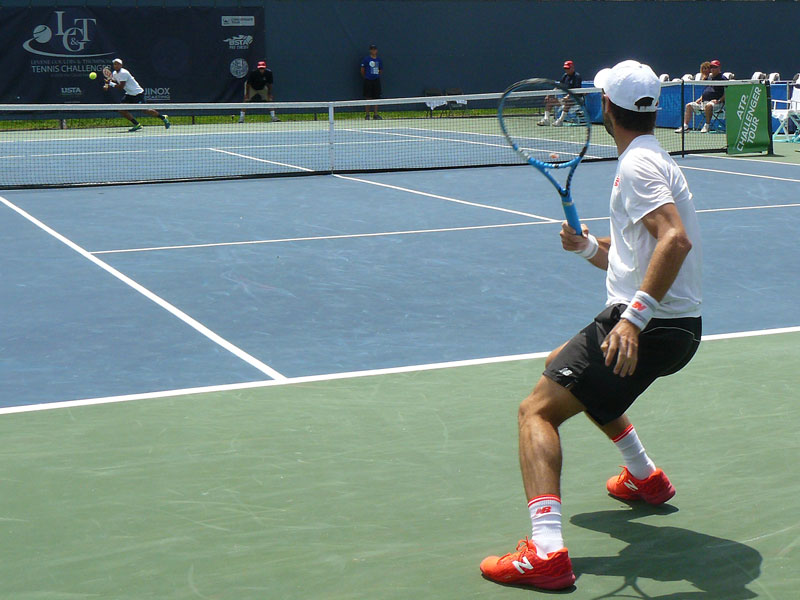 Clarke (No. 225) faced off against last year’s LG&T Challenger runner-up Jordan Thompson (No. 98). Both men had to work and grind for every point throughout the match. After a very back and forth contest, Clarke finally pulled ahead and defeated Thompson, 6-7 (6), 7-6 (5), 6-4. This was twenty year old Clarke’s first ATP Challenger victory.

On the doubles side the family duo of Gerarld Granollers (No. 157) and his brother Marcel Granollers (No. 26) matched up against Alejandro Gomez (No. 382) and his partner Caio Silva (No. 307). The Granollers brothers ,who have been hot all summer, handled their business today. They won the match 7-6 (2), 6-4 in a match that lasted one hour and twenty four minutes. This was the family duo’s third title this summer.