No matches played on Monday. 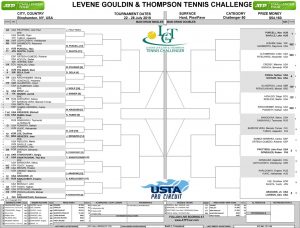 Note: The qualifying tournament was abandoned after the players were randomly drawn to fill open spaces in the main draw.

Overnight on Sunday another player withdrew making places for 4 Alternates and 2 Qualifiers in the main draw.

On Monday morning 5 players including the 3 players in QS signed the Singles Alternate sign-in list. All 5 players were randomly drawn to fill 5 of the 6 open places in the draw. The qualifying tournament was abandoned.